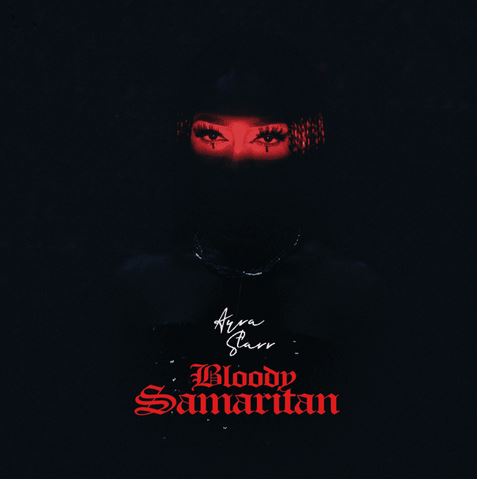 Africa’s fastest-rising new music star, Ayra Starr, has unleashed her savage new single, ‘Bloody Samaritan’. The jam is produced by London and is a perfect blend of Afrobeat, Pop with Amapiano. The new single is taken from Ayra Starr’s forthcoming debut album “19 & Dangerous” – out via Mavin Records/Platoon on 6 August.

Spearheading the new era as the album’s lead single ‘Bloody Samaritan’ is a fierce and searing track that speaks to the importance of shedding and evading negative energy. Underpinned by blazing percussive drums and a colourful horn section, it is perhaps reflective of the wider album and its themes of wisdom, maturation, and poise.

In a social media age where public scrutiny is amplified, ‘Bloody Samaritan’ is a life-affirming reminder to protect our peace and to always big up ourselves. Ayra Starr said: “I love this track because I was unapologetic and assertive on it – something people my age often struggle to be, and I want my fans to feel that way when they listen to it, liberated of
societal standards and expectations.”

Touted by NME as “the teen leading her generation’s sonic revolution”, and tipped by The Face and CLASH as one to watch – Ayra Starr has earned critical praise for her soulful vocals and raw lyrics that reflect the strength and growing pains of her generation.

2021 is already shaping up to be a massive year for the 19-year old Beninese-Nigerian singer-songwriter. Since debuting in January, Ayra has amassed over 23 million global streams, powered by her debut self titled EP and the single ‘Away’, which has racked up over 3.9 million views. The incredible buzz coming out of Lagos saw Ayra championed as Apple Music’s Africa Rising artist – an exclusive new talent development programme that previously earmarked artists like Tems and Amaarae.

Burna Boy and Wizkid Teams Up For Ballon D’or

Omah Lay Chants Free My Mind in His New Jam.